Enjoy learning a key technology. Undergraduates and beginning graduates in both first and second simulation courses have responded positively to the approach taken in this text, which illustrates simulation principles using the popular Simio product.

This textbook explains how to use simulation to make better business decisions in application domains from healthcare to mining, heavy manufacturing to supply chains, and everything in between. It is written to help both technical and non-technical users better understand the concepts and usefulness of simulation. It can be used in a classroom environment or in support of independent study. Modern software makes simulation more useful and accessible than ever and this book illustrates simulation concepts with Simio, a leader in simulation software. View Preview.

This book can serve as the primary text in first and second courses in simulation at both the undergraduate and beginning-graduate levels. It is written in an accessible tutorial-style writing approach centered on specific examples rather than general concepts, and covers a variety of applications including an international flavor. Our experience has shown that these characteristics make the text easier to read and absorb, as well as appealing to students from many different cultural and applications backgrounds.

A first simulation course would probably cover Chapter 1 through 8 thoroughly, and likely Chapters 9 and 10, particularly for upper class or graduate level students. For a second simulation course, it might work to skip or quickly review Chapters 1-3 and 6, thoroughly cover all other chapters up to Chapter 11, and use Chapters 12, 13, and Appendix A as reinforcing assignments.

The extensibility introduced in Chapter 11 could provide some interesting project work for a graduate student with some programming background, as it could be easily linked to other research topics. Likewise, Chapter 13 could be used as the lead-in to some advanced study or research in the latest techniques in simulation-based planning and scheduling. Appendix A could be used as student assignments or challenge problems in an applications-focused or independent study course.

The new fourth edition is written for Simio Version 9 and later, the latest in simulation technology. In this edition, we added a new chapter on Miscellaneous Modeling Topics including sections on Searching, Balking and Reneging, Task Sequences, Event-based Decision logic, the Flow Library, the Extras Library, and Experimentation using Parallel and Cloud Processing. We also updated and promoted our former appendix on Simulation-based Scheduling to a chapter. And we added a new appendix referencing previous Simio Student Simulation Competition problems. In addition, the coverage of animation, input analysis and output analysis has been significantly expanded. End-of-chapter problems have been improved and expanded, and we have incorporated many reader suggestions. We have reorganized the material for an improved flow, and have updates throughout the book for many of the new Simio features recently added such as the properties window, and GIS mapping support.

Click here to view an excerpt of the Preface, Table of Contents and Chapter 1. This excerpt provides a good overview of the book contents and writing style, and is also a useful introduction to simulation and simulation success skills.

Textbook example models and other student resources to accompany this textbook can be found on the Textbook Student Resources page. The student login and password can be found in the preface of the textbook.

Other general student resources can be found in the Simio LLC Student Resources area.

Instructors who are registered to use Simio software can download slides and additional teaching materials on the Textbook Instructor Resources page.

Registered faculty members can request a login and password from textbook@simio.com.

Simio software grants and a full description of Simio’s academic program can be found in the Simio LLC Academic area. 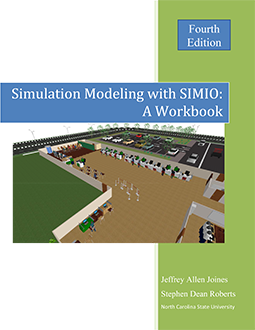 Simulation Modeling with SIMIO: A Workbook 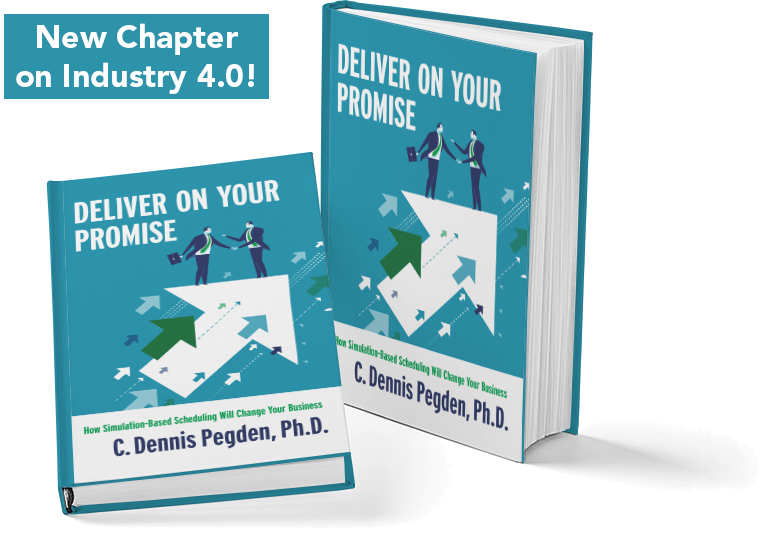 Deliver On Your Promise